This is going to be last blog post for maybe a little while, maybe a lot while, or maybe forever.

I have loved writing this blog and I have loved sharing my life and loves with my readers but it’s now time for me to retreat back into my shell.

I recently realized I was increasingly feeling like this blog was a burden rather than a boon and that planning, photographing and writing these posts felt like it was taking me out of my life, rather than enhancing it. I also felt like I didn’t want to share so much of myself anymore. Weird coming from me, the most extroverted person I know – minus one very boisterous friend I shall not name. And finally if I’m going to do something I want to do it right and I’m not doing this blog right. Snatching moments to write posts, coming up with ideas on the fly – that’s just not giving it my all and I know it.

SO it is time to say farewell!

But before I go here are some pictures and a recipe of the food served at a dinner party I held at home with the most charming couple in the world – Gwen and Dimitri. This was supposed to be posted under my cooking with friends series and the party was so much fun that I realized I didn’t want to be taking pictures of the dinner. I just wanted to spend time with the people there.

Gwen is my colleague and friend and Dimitri is her lovely husband. For your reference Gwen is American and Dimitri is French (so you can imagine the accents, in your head). A little bit about this charming couple’s charming story – don’t worry I won’t give it all away – they met in a random Southeast Asian country where they were both on holiday.  There was some picture-taking, some well-timed rain, some huddling under the umbrella which obviously led to true love.

Listening to the story is one thing but getting to know them has been another. Let’s just say I have a people crush on them and how kind, sharp and charming that these two are – apart and together.

When I put out the call for people to cook with Gwen (a) volunteered to cook, (b) came up with the dish she was going to cook and (c) brought her nice camera along to take pictures of the food for my blog. FYI, this is how to be a good friend.

Gwen and Dimitri decided to make zuccanoes, which is this stuffed zucchini crazy-delicious-ness that is one of her favorite recipes from a while ago.

I decided to make dark chocolate mousse with a gingersnap base for dessert because DAYAMN. Wouldn’t you too?

Recipes for the food above can be found here:
Zuccanoes – Mollie Katzen
Dark chocolate pudding with gingersnap crumbs – The Sugar Hit
Espresso Martini – The Telegraph ***

It’s been a blast my friends – I’m going to miss all the positive feedback and love!

See you in the real world!

What: Modern Asian CBD resto with fairly expensive food (mains start at SGD12 bucks) that is actually worth it. Also they have a lunch special – if you add SGD3 you get a drink and salad.

Pros: The restaurant is beautiful – my lunch mate and I were surprised and concluded it would make a lovely intimate wedding venue. It’s filled with light, it’s clean and crisp and I’m even into their unexpected marbled tables. The rice bowls (she had Butter Poached Cod (SGD18) and I had Braised Pork Belly (SGD16)) were delicious and fresh and the hefty meat serving made me happy.

Cons: Their Liu Shia Custard Donuts AKA salted egg yolk donuts (SGD7 for three), though beautiful, were fairly ordinary and a bit too sweet. Skip them!

Verdict: I think it’s a good place for an overdue Friday lunch catch-up or a lunch meeting with clients.

The new Mindy Kaling book, Why Not Me? This book has been responsible for all the scream-laughs coming from my bedroom this past week.

Go Christmas/whatever shopping at Public Garden! This month it is weirdly enough in the Suntec Convention Centre but maybe that’s good because #haze.

Some blueberry inspired things, like that crumble pictured above or these Clinton St. Baking Co’s blueberry pancakes. 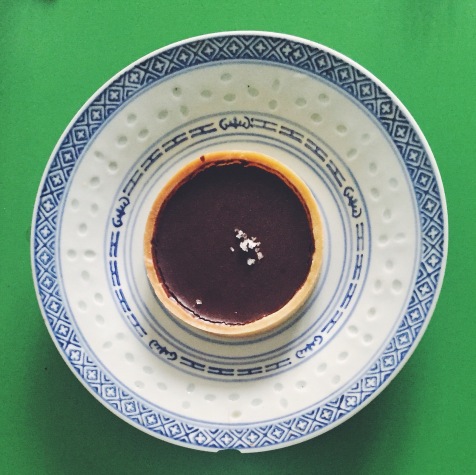 Salted caramel chocolate tart
What: A newly-opened whimsical cafe housed, somewhat unceremoniously, at the base of the Park Hotel and next to Ikea.

Pros: The staff are fantastic, the decor is charming and for the most part I really liked my food (coffee, ham and cheese croissant and the choc tart get full marks).

Cons: It’s small so it may be tough to get a seat and I didn’t really like their lemon tart – it was all curd and too light to pack a punch.

Verdict: Oh I loved it! I want to go back and eat ALL THE THINGS.

I’ve been meaning to share these wonderful pictures of my birthday spread taken by flatmate and friend, Melissa.

The desire to host a wine and cheese night for my birthday came from Pinterest. Specifically here and here. I found that I ultimately had too much cheese (problem) and too much wine (not a problem) but it was a success. A tiring one.

I’m going to, I think, pare down my entertaining to smaller groups and maybe even the number of people I hang out with, at any given point.

Which is going to be tough because, well… I have always been the kind of person who has multiple groups of friends. You can call it being a social butterfly, but I think I evolved into this creature as a result of social survival. Moving around and meant having to say goodbye and hello and having to fit in. Whenever I settle in a place I start making friends like it’s my job and I don’t ever really stop.

I think it might be my form of insurance, like well, if my group of Masters desi friends decide to move on to greener pastures at least I’ll have my group of permanent NRI desis to hang out with or my newly scavenged Singaporean friends (FYI you guys need to learn how to make friends with randoms better). 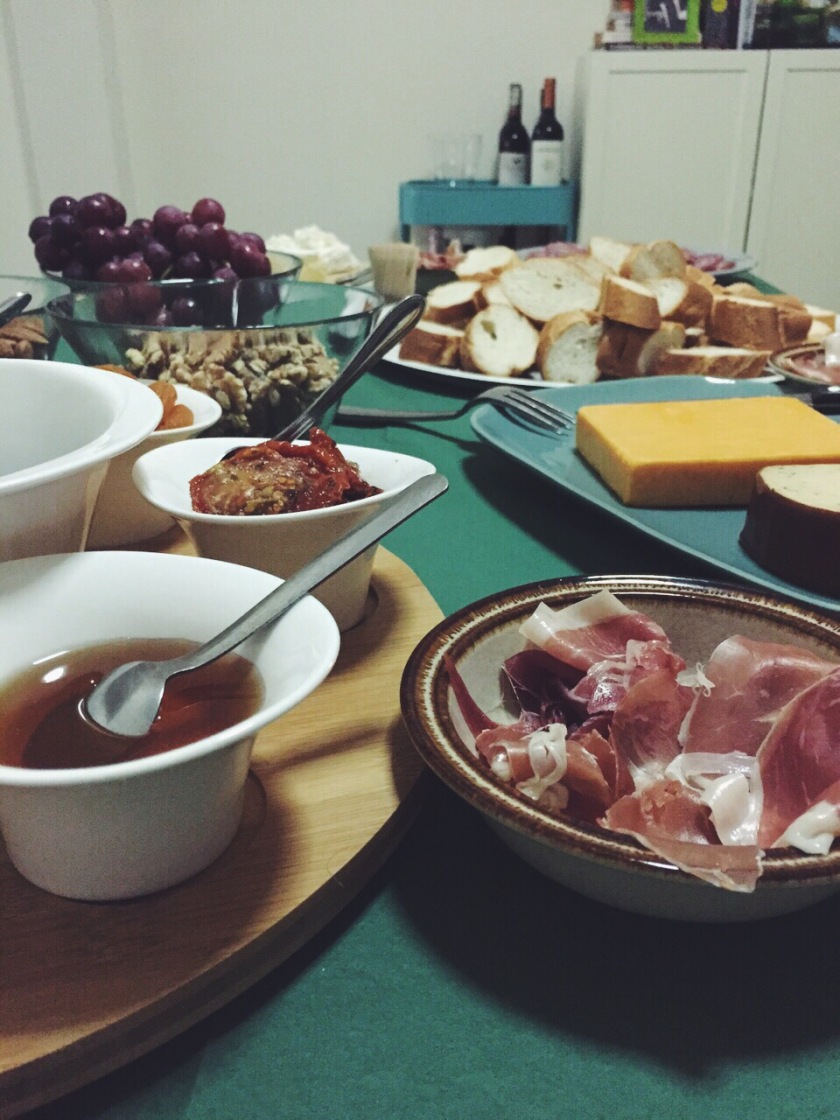 But I’ve been wondering, is having more friends better than having a few? Even if it means keenly feeling their loss when and if they do leave? Making time for all these people I admire and enjoy spending time with is great but it takes away from “me” time and just general processing time. As much as I consider myself to be an extrovert, social burnout might be a possible problem.

And then there’s the other harder reality to face – I feel close to most of my friends and yet can they fill the void that a family/significant other are supposed to fill? According to social convention anyway.

I shall ponder this and excessive cheese this weekend. Have a good one folks!